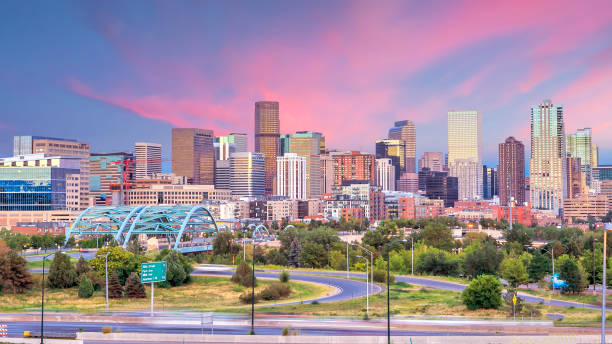 Are you looking for a dependable, local garage door contractor to help you improve the look of your home, repair your existing garage door, or install a garage door opener or another accessory in Denver, CO? Look no further than your friends at Johnson Garage Doors! We’re the top choice for garage door services in Denver because of our friendly customer service, quality installation and repair, and special online promotions. Request a free estimate from us today! Schedule services with us at Johnson Garage Doors!

Getting to Know Denver, CO

Denver is the capital and most populous city of the U.S. State of Colorado. Denver is placed in the South Platte River Valley on the western edge of the High Plains just east of the Front Range of the Rocky Mountains. With an estimated population of 727,211 in 2019, Denver is the 19th-most populated city in the United States, the fifth-most populous state capital, and the most populous city located in the Mountain states. The metropolitan area surrounding Denver represents a majority of the population and economic activity in the Front Range region, the area where an estimated 85% of Colorado’s population lives.

Fun fact: Denver is exactly one mile high. Catch an NFL game at the Broncos stadium, Empower Field at Mile High. Denver is one of the most walkable cities in the nation. Denver boasts the 10th largest downtown in America and one of the most exciting and walkable. Within a mile radius, downtown Denver has three major sports stadiums, the nation’s second-largest performing arts center, three colleges, an assortment of art and history museums, a mint that produces 10 billion coins a year, a river offering whitewater rafting, more than 11,000 hotel rooms, a downtown theme and water park, downtown aquarium and hundreds of chef-driven restaurants.

If you’re a Denver homeowner, looking to get in contact with a garage door specialist, call us at Johnson Garage Doors to discuss the best options for your home today! (720) 233-1588 We’re the number one choice for garage door installation in Denver, installing quality SafeWay® Garage Doors (among other brands) to homeowners all over the area for over 20 years. We’re the pros at anything LiftMaster®, as well. We’re fast, friendly, and affordable. We’re a family-owned and operated business that treats its customers with the utmost respect and professionalism on every service call. Experience outstanding service today!